About of the project
One of the earliest attempts to impart some form of order on the universe around us were the constellations. Those representations are probably the first maps that the humans developed, a way used to track the time and also the space. About tangerines and avocados is a photographic series that draws a constellation using the domestic sphere as space; a visualization of the tension that exists between a mixed nationality couple with colonial background. A map that allows various interpretations but at the same time helps giving a sense of orientation in this universe influenced by the barriers of different nature -physical, institutional, political, emotional, cultural and social- which they have to face. A transformation of the domestic space into a nation, a scenario that reveals the emotional dimension of the constant need to demonstrate the veracity of their love.

About the photographer
I am a photographer based between Europe and Latin America. My work is influenced by how European and Latin America reality converges in my life, interrogating myself about identity and politics and their complexities marked by the collective memory and the cultural heritage. I have studies Documentary Photography and Contemporary Creation at IDEP Barcelona and Postgraduate in Photography from the National University of Colombia. I recently graduated with honours from the Master in Photography and Society at the Royal Academy of Fine Arts in The Hague (KABK), The Netherlands. I am currently part of Lighthouse 2020-21,a program for upcoming talents at Fotodok, Utrecht (The Netherlands).

My intention with this work was to embed myself into the life of my relatives in Congo DR in order to produce a work that reflects my relationship [...] 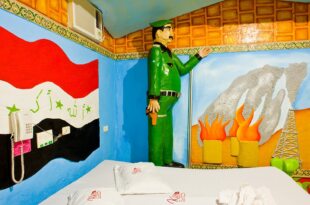 The Goddess of Love, Paradise, The Tower, The Hideout, The King, G Spot, Geisha and other sex hotels to spice up love life 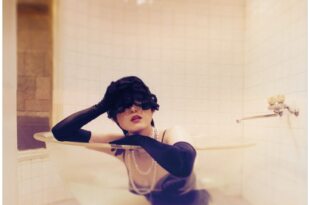