Charalampos Kydonakis about "Warn'd in Vain":
'Warn'd in Vain' is an Argonautica inspired story made inside New York City's urbanscape between 2014-2017 that i spent 7 months on the other side of the ocean. It is a twin with a Minotaur parallel tale, titled 'Back to Nowhere' , shot in my homeland Crete between 2009-2017. Both works are subjective interpretations of each surrounding myth and do not intend to document. Each story works as a prelude to the other one and vice versa : "Warn'd in vain" is a stranger's questionmark inside the world's most photographed city, "Back to Nowhere" is a story about my island; the only place i 'll never find out how it looks in the eyes of a stranger.

About Charalampos Kydonakis:
Charalampos Kydonakis aka 'dirtyharrry' is an architect based in Crete. Inspired by Sam Peckinpah, Akira Kurosawa, Luis Buñuel, Nikos Kazantzakis , Fransisco Goya, Max Ernst, Weegee, Diane Arbus, Mark Cohen etc, he is editing the 'dirty blog' & he's a member of the UP collective. 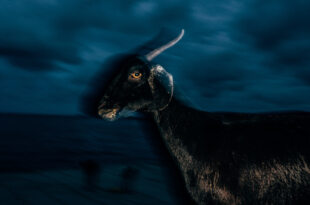 Max Sturgeon: Of A Different Stripe

Vibrancy of the Bay of Bengal region 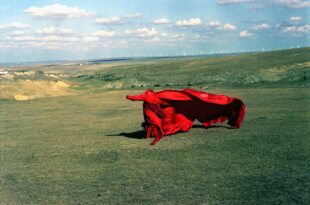 Surreality is a wordplay used to describe the fluid border between reality and something that goes beyond first impression — transcendence.

"Anyone in love with you" -Two reviews

A selection of Chad Moore's photos from "Anyone in love with you (already knows)" is featured on the CNN Photo Blog! [...]