A body, used as a canvas, every inch of skin filled with sacred text and figures of mythical creatures, all forming a protective shield. A boxer, a monk, a construction worker, a policeman, a soldier, a taxi driver, a shipyard worker, a shaman, a tattoo master, men and women and their inked protection from evil spirits and bad luck. Enter the world of Thailand's spiritual “Yantra” tattoo tradition.

From first chance encounters over three years ago with a shipyard worker completely covered in yantra tattoos, a young Iggy Pop-like taxi driver, or a fierce-looking market trader, photographer Cedric Arnold began taking portraits of these inked men and women as a personal project with the use of large formats as well as Polaroid cameras. Soon, it grew into a long-term venture, exploring this unique subculture, its rituals, symbols and people.

A chest etched with a fierce leaping tiger, a hand adorned with images of geckos on each finger, a back protected by a monkey God, or a shoulder inscribed with ancient Khmer text, sacred ink, believed to have mystical powers. Known in Thai as “sak yant”, the tattoos are a testament to the complex spiritual makeup of Thai society, incorporating elements of Buddhism, Animism, Brahmanism and Hinduism.

Having lived in SE Asia for many years, photographer Cedric Arnold was always intrigued by beliefs in magic in the region. He wanted to work on a personal project to explore this and discover how local spiritual traditions often incorporate magic and superstitions . In Thailand, he was particularly curious about people’s need to seek “protection” from bad luck, evil spirits and danger by using sacred and “magic” text, or “Yantra”.

Yantra is often written on cloth, used to bless cars, homes and businesses. But it also adorns the human body in the shape of spiritual tattoos known as Sak Yant (Yantra tattoos).

Dating back to the Angkor period of the 9th to 15 centuries, the spiritual Yantra or Sak Yant tattoo tradition (Sak means to tap, whilst yant is derived from the Sanskrit word yantra, meaning scared geometrical design), is practiced across southeast Asian countries, including Cambodia, Laos, and Thailand.

The first portrait session happened by chance when, on assignment, Cedric met a shipyard worker, inked head to toe with script and magic spells, he arranged to return the following week. The man later introduced him to two tattoo masters who eventually allowed him to witness and photograph countless ceremonies and tattooing sessions. Cedric then began seeking out potential sitters all over Thailand to photograph them for the large format portrait series featured in ‘Sacred Ink’.

Shot on a 4x5” camera the series of black-and-white portraits - the negatives of which are chemically altered by brushing various chemicals onto the emulsion depict men from all walks of life and all ages, proudly showing the inked protection on their bodies. 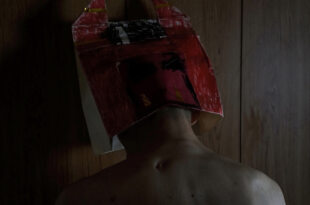 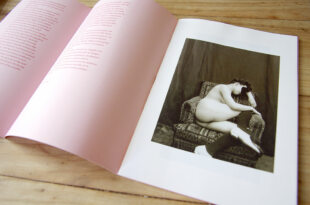 Photobooks I discovered this year – Part 2/3 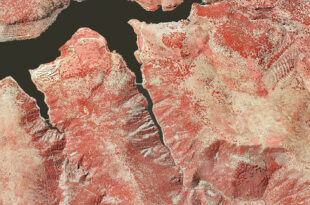 "Archaia" is a photographic project by Verónica Losantos, that explores the phenomenon of disappearing.